Would you like to switch to the accessible version of this site?

Don't need the accessible version of this site?

What Happens if a Scorpion Stings My Dog? 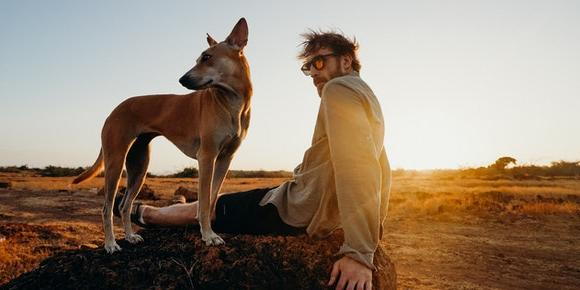 Scorpion season in Arizona is a little different each year depending on the weather. Once the weather hits 88 degrees DURING THE DAY we will see movement among the scorpions. Scorpions stay active until night temps drop back down under 70° which usually happens in October. Arizona Bark Scorpions, and other scorpion species, live ALL year LONG in Phoenix Valley neighborhoods & desert areas. Since this season is really just beginning, we wanted to talk about what happens if/when your dog gets stung by a scorpion.

Of the over 70 species of scorpions in the United States, the Arizona bark scorpion is the only one that can be considered deadly to both people and pets.﻿ It can be found in the Sonora Desert of Arizona. Although the majority of scorpions in the US aren't deadly, getting stung by one will still ruin your day. The venom that is present, although not strong enough to kill anything much larger than another insect, can still cause pain and tissue damage.

If your dog gets stung by a scorpion you may hear them yelp in pain followed by seeing them, hold a paw up. As the venom circulates through their body, you may begin to see dilated and watery eyes, drooling, trembling or tremors, difficulty breathing, and even collapse.

If you see any of these signs or you suspect your pet was stung by a scorpion, you should seek veterinary attention immediately. Even though the majority of the scorpions in the US aren't deadly, a sting by any scorpion should be treated as an emergency. Be sure to call your veterinarian to give them a heads up that you are coming in and get recommendations about what you can do at home before leaving.

While en route to the vet, apply ice to the sting and prevent your pet form licking the wound. Your vet will remove the stinger (if it's still present) and clean the wound.﻿ They may also give injections of pain medications and prescribe additional, oral pain medications for you to give your pet at home.

How to Prevent Scorpion Attacks
When it comes to scorpions, they're more afraid of you than you are of them. A scorpion will always try to run and hide over standing and fighting. They like to hide in dark, damp places, including shoes, so always check your shoes before putting them on. Seal any cracks in the exterior doors or windows in your home. Try to prevent your dog from digging in the yard as much as possible.

Being aware of your surroundings outside and keeping a close eye on what your pet is up to, both in the home and especially in the yard, can help keep you and them safe from getting stung.