What You Need to Know About Canine Deafness 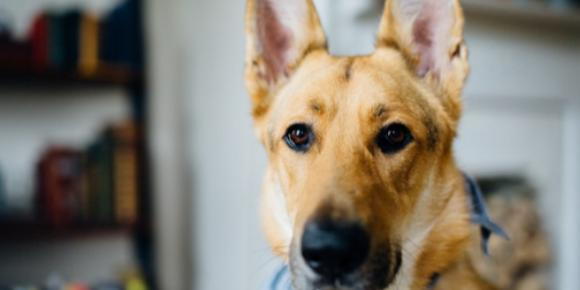 We are coming up on the last few days of Deaf Dog Awareness Week, a week that puts a light on the subject of deafness in dogs. Did you know that deafness in dogs can happen at any time? It is most apparent when your dog stops reacting to common events: the doorbell ringing, the sound of you pouring his food for breakfast or calling his name to come.

While deafness can be a hard thing to think about in your dog, the good news is that it doesn't mean he can't still live a high-quality life and do all of the things that other dogs do, or even the things he used to do. It just means a change in approach to how you care for him, now cognizant of his hearing disability.

It is estimated that about 5 to 10 percent of dogs in the United States suffer from deafness, either in one ear (unilateral) or both ears (bilateral). So, what causes this?

Neuroepithelial deafness is not associated with coat patterns. It usually impacts both ears and is typically seen around the same age. Acquired deafness can be caused by numerous factors. Some medications can be toxic to the ears. Generally, the deafness caused by these drugs is permanent, but some animals may regain hearing over time. Many older animals develop deafness. It typically starts with the loss of ability to hear mid-level to high-level frequencies and eventually leads to the inability to hear any frequency.

How to Tell if Your Dog Has a Hearing Problem
Typically dogs that are bilaterally deaf from a young age are easy to recognize. They may not listen when called, be hard to wake when sleeping, or not acknowledge when you arrive home. Unilaterally deaf dogs, or dogs that become deaf later in life, may be more difficult to diagnose. A dog who is deaf in only one ear may have difficulty locating where a sound comes from and will typically orient themselves towards the good ear.

Living with a Deaf Dog
Deaf dogs can live normal lives but need to have a special dedicated owner. Deaf dogs are not suitable for families with young children as they can be startled easily. They should never be allowed to be off leash in an unenclosed area, and their owners must be willing to learn a new language.